On March 11, 2019, Zachary Michael Muller was sentenced to 5 years in State Prison after pleading no contest to Penal Code section 203 - Mayhem and Penal Code section 245(a)(4) - Assault by Means Likely to Commit Great Bodily Injury. Given the violent nature of the mayhem conviction, Mr. Muller will not be eligible for day-for-day credit. Rather, he will serve 85% of his sentence in State Prison.

The incident occurred when Mr. Muller was on a family camping trip for Memorial Day Weekend 2018 in Pollock Pines. In the early morning hours of May 27, 2018, the victim, a family member of Mr. Muller, was sitting around the campfire with his wife (also a named victim) listening to music 0n his headphones. It was at that time that Mr. Muller began to fight with his own wife (also a named victim) who was trying to prevent him from drinking and driving. During that fight, Mr. Muller became physically violent and pushed his wife. In response, the victim's wife yelled at Mr. Muller to stop. Mr. Muller then directed his anger towards the victim, telling him to get his wife to be quiet. However, the victim was not paying attention and did not hear Mr. Muller's demands.  Mr. Muller then blindsided the victim by pulling the victim's sweatshirt over his head and repeatedly punched him. At some point the victim was able to detain Mr. Muller and, subsequently, agreed to let him up if he stopped being violent. But Mr. Muller wasn't done. After being let up, he pulled a knife and threatened the victim and the victim's wife.

Thereafter, another brawl ensued that ended in Mr. Muller biting half of the victim's ear off, causing permanent damage. Despite extensive searching by the family and law enforcement, the other half of his ear was never recovered. The victim also suffered a fractured orbital bone.

The case was prosecuted by Deputy District Attorney Kassie Cardullo as a part of the Special Victim's Unit. The case was investigated by the El Dorado County District Attorney's Office and the El Dorado County Sheriff's Office. A special thank you is warranted for Investigator James Peterson's extensive and thorough investigation into this matter. 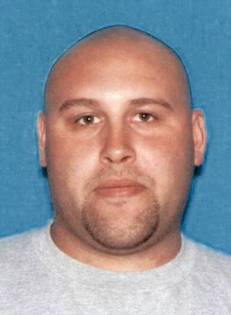