On January 7, 2019 Robert Harold Freitas pled no contest to a Felony Driving Under the Influence ("DUI") and admitted he had suffered three prior convictions for the same conduct.  Freitas also admitted Misdemeanor crimes of driving while his license was suspended for DUI, and driving without an ignition interlock device, a requirement imposed upon him as a result of his repeated DUI convictions.

Freitas' most recent DUI came to light when California Highway Patrol Officer Bliss responded to a report of a collision.  When Officer Bliss arrived to the scene he found an abandoned vehicle.  Officer Bliss responded to the address of the registered owner of the vehicle and contacted Freitas.  Officer Bliss took Freitas back to the scene where he was identified as the driver of the abandoned vehicle by multiple civilians who had observed the wreck.  Officer Bliss conducted a DUI investigation and determined Freitas had been driving while under the influence of alcohol.  A subsequent test of Freitas' blood alcohol level showed him to be .024/.025, three times the legal limit.  Thankfully, no one was injured in the collision.

On March 1, 2019, Mr. Freitas was sentenced by the Honorable Kenneth J. Melikian to serve 3 years in State Prison.  His driver's license will be revoked for a period of 4 years upon his release from prison and he was declared a habitual traffic offender.  The case was prosecuted by Deputy District Attorney Michael Pizzuti. 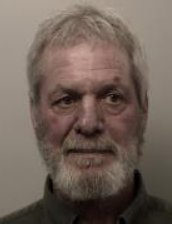