On January 28, 2019, Dylan Matthew Pettigrew was sentenced to 4 years in State Prison for a conviction of Penal Code Section 459; First Degree Burglary. The sentence was related to a burglary that occurred in the City of South Lake Tahoe on March 18, 2018. On that date, officers responded to a residential burglary alarm and saw footprints in the snow along the exterior of the home. As they followed the footprints, they saw a male they recognized at Pettigrew fleeing the scene. A short foot pursuit ensued and ended after a K9 was released to stop Pettigrew. After his arrest, Pettigrew admitted to breaking into the home through a window before the police arrived. The case was prosecuted by Deputy District Attorney Casey Mandrell. 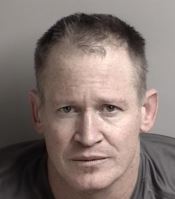