Ginger Turk was convicted in 2016 of felony animal cruelty charges

(Placerville, CA)- Ginger Turk, 48, a puppy broker convicted of felony animal cruelty charges in 2016 in El Dorado County has been sentenced to an additional 240 days of jail time for violating the conditions of her felony probation. The jail sentence was handed down in El Dorado County Superior Court on November 9, 2018.

Turk has had many run-ins with the law over the years due to her illegal practice of importing tiny, under-aged, un-weaned, high-priced ($4,000+) puppies from South Korea and selling them over the internet and in person. According to El Dorado County Animal Services, many of the puppies Turk sold were too young to be without their mothers and some were malnourished, very sick or found living in poor conditions; several puppies died. Multiple consumers who purchased sick puppies from Turk filed complaints with law enforcement and animal services agencies.

Turk sold puppies throughout the U.S. and in other countries. She lived in multiple locations over the years, including Sacramento and El Dorado County. She also operated under multiple business names such as Teacup Puppy Couture, La Chic Puppy Boutique and Beverly Hills Teacups, and used several alias names for herself.

In 2012, Turk was convicted in Sacramento Superior Court of felony forgery charges after a woman purchased a sick puppy online from her. The puppy died of Parvovirus within a few days. The buyer contacted the veterinarian who appeared to have signed the puppy's health documents, only to be told that the papers were forged. Investigation of the case determined that Turk had fraudulently forged the signature of a Folsom veterinarian. Court documents showed numerous other complainants who reported that puppies they bought from Turk were received sick or diseased, and some died. Turk was sentenced to five years of probation in the Sacramento County case.

In May 2014, during a felony probation search of the Turk home in El Dorado Hills, Animal Services Officers and Sheriff's Deputies found that Turk was operating illegally without a license and had puppies imported from South Korea in her possession. One puppy was only a few weeks old and barely alive, its mouth sealed shut, dehydrated, and severely underweight. Animal Services took the puppy to a veterinarian who provided care for dehydration and malnutrition but the puppy died the next day. Other under-age puppies were also found in poor living conditions in the Turk home, including several puppies living in small plexiglass cages in a laundry room that lacked proper ventilation, with a strong smell of feces and urine permeating the room.

Turk was listed in the Humane Society of the United States 2014 publication, "101 Puppy Mills: A Sampling of Problem Puppy Mills in the United States." Federal regulations require dogs imported from other countries to be healthy and at least 6 months of age. California law prohibits the sale of any dog under the age of 8 weeks. Anyone selling dogs commercially in California must maintain a current Retail Sale of Dogs and Cats license through the State; they may also be required to possess a City or County Commercial Animal License.

On November 18, 2016, Turk was sentenced in El Dorado County Superior Court for felony animal cruelty, operating without a license and eleven other counts related to her sale of puppies imported from South Korea. Turk served several months in jail in 2017, and was released on prohibition. Terms of Turk's probation stated that she could not sell, posses, transport or import dogs for at least 10 years and she was required to pay restitution for the investigation and other penalty assessments. Additionally Turk was required to be on felony probation for five years with searchable provision and required to notify any animal services agency where she resided of her address and any name change.

Earlier this year, El Dorado County Animal Services conducted a routine probation search of Turk's residence and found her to be in violation of her probation terms. Turk was in possession of a dog and had also been using an alias name. During her court hearing in El Dorado County on November 9, 2018, Turk was sentenced to 240 days of jail time for violating probation, and her probation was also modified to include the stipulation that she was "not allowed to have any animal be on or about the property she frequents, stays, lives, resides or works at." 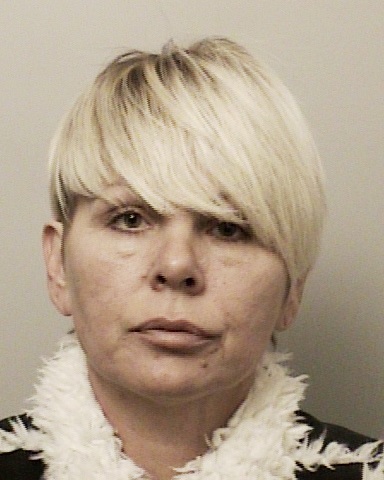