Jason Paul Fowler, age 39, was sentenced to 3 years in County Prison pursuant to Penal Code Section 1170(h).  The first two years will be served in the El Dorado County Jail, and the third year will be served on Supervised Release.

Fowler was in the parking garage at Red Hawk when his odd behavior caused Red Hawk Security to contact law enforcement.  When Sheriff Deputies arrived to investigate, they found Fowler in possession of a 2018 Toyota pick-up truck that had been recently stolen from Thompsons Toyota here in Placerville.

The case was investigated by the Sheriff Department and the District Attorney Office and prosecuted by Brittany Griffith, a Deputy District Attorney assigned to the Auto Fraud Task Force.  Judge Mark Ralphs presided over the case. 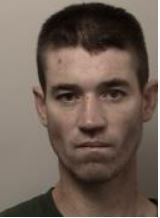